Thanks for the dedication and cooperation from all of our employees.

Experience you can depend on.

At 3DL, our people are at the cutting edge of our industry.
What we do is our passion, not just our job. 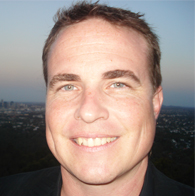 Chris Roberts has 20 years experience in the shipping industry, starting his career with an Australian Vocational Traineeship with P&O Ports when he was 17. During this time, he was trained and licensed in all aspects of Stevedoring including both wharf and clerical operations. From there he took up a role with P&O Trans Australia Supervising the QAP Class 1.1 Warehouse, FAK Warehouse (S77g & S79) and Quarantine FCL yard operations, during which he gained a valuable insight into this side of the supply chain. Chris was managing up to 60 staff in this role. During this time, he began the National Customs Brokers Course with the CBFCA and changed roles to Cartage Coordinator / Customs Compiler at one of Australia's benchmark Customs Brokerages and obtained his Customs Broker's License.

Since gaining his license, he has completed a FIATA Diploma in International Freight Forwarding and has successfully managed a newly licensed Corporate Customs Brokerage for a family Freight Forwarding business. There Chris set up and implemented successful SOP's, achieving excellent outcomes and processes ensuring that internal and external customer expectations and obligations were met. Entry volumes have risen by nearly 300% during his time there. His strengths lie in attention to detail, understanding customer needs and expectations. Chris is open to change and is prepared to meet the demands of an ever changing industry and upgrade his qualifications as required. His wide experience means he has the tools and knowledge to ensure great outcomes. He has exceptional leadership qualities and is a great team player who will do what is necessary to achieve his objectives in an efficient manner while respecting those with whom he deals. Chris has been a member of the CBFCA QLD Regional Advisory Committee since 2009.

In 2015, as the only Licensed Customs Broker at his place of employment, the business was awarded the regional CBFCA award for Queensland and Northern Territory. 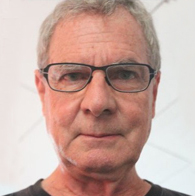 Kingsleigh Roberts has had 53 years experiences in the industry. In 1962 he began as a Manifest Clerk with Nobles Transport, obtaining his license to act as a Customs Broker in 1966. Later that year, he moved to J.N. Campbell Customs Brokers. Two years later Kingsleigh moved to R. Jacksons Transport. Due to concerned that he was not using his brokering skills to his full potential, Kingsleigh took a more challenging position in 1970 with Jackson & Spring Customs Brokers. Later Kingsleigh was approached by the Manager of Tallerman & Co with an employment offer, which he accepted 1972. In addition to customs clearances responsibilities, Kingsleigh was responsible for many other aspects of the business, including the establishment of letters of credit, costings, checking accuracy of overseas orders, arranging cartage, etc.

In 1978, Kingsleigh took time out to help a friend in 1978 who was having health problems. After 10 months, he returned to Nobles Transport. In 1982, Nobles was sold to Finney Bryce Transport and Kingsleigh was retrenched as a consequence of the staff consolidation. Kingsleigh moved to Customs Air Clearances, where he remained for four years. This business was owned by a several brokerages to minimize their respective costs while airfreight was still in its infancy. The business closed and Kingsleigh started 1987 with Wallace International, after which the business grew nationally with offices in all major Capital cities. In that time Kingsleigh became an expert in Microsoft Excel, developing complex spreadsheet solutions to streamline the business, long before the advent of industry specific applications and database solutions. Kingsleigh was appointed as Wallace's National Customs Manager, remaining with there until 2010.

During tenure at Wallace, Kingsleigh obtained his Justice of the Peace credentials. He is a well known and respected industry professional with uncompromising morals and capabilities. 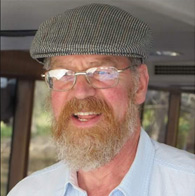 I have been a Licensed Broker operating out of Melbourne for more than 40 years. Experienced in all aspects of Customs clearance, including tariff concession & by-law applications, drawback applications, Valuation, AAT appeals, GST rulings, Free Trade Agreement provisions. 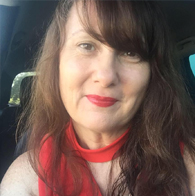 Karen has had the pleasure of working in (SME) small to medium enterprises and multinational organisation within the international freight and logistics industry for over 30 years.

She has run her own successful customs brokerage for over a decade, her clientele enjoying the delivery of a comprehensive cache of professional services and end to end global freight forwarding suites, through a network of global agents.

Her achievements in business include the successful merge of the business, long term retention of her client bases, retained revenues and profitability.

Diversifying her skills Karen has identified with the processes, procedures and policies of statutory and regulatory governance.

Karen in a well-respected and experienced professional who understands the complex navigation of the customs and logistics aspects of international trade. 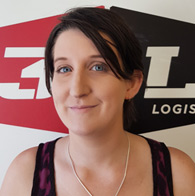 After leaving school I completed 3 years of tertiary education in Psychological Science.

I initially entered the workforce on a permanent basis for a fast food chain in 2011. I worked my way up the ranks within that company until I became an Assistant Store Manager. During this time, I obtained qualifications such as Basic Management Training, ServSafe, Health and Safety for Managers and Fire Training - Confine Small Workplace Emergencies.

2016 saw me change things up a little with contract work as an CTP Underwriting Solutions officer for a large insurer. I had a range of duties including managing customer complaints, responding to a broad range of technical queries and ensuring a consistent approach to data quality across all schemes.

I started my career with 3DL in July of 2017 after becoming a mum. Currently my duties include basic accounting work, creating of jobs in CargoWise and basic data entry.

I am currently working through my certifications with CargoWise to reach the Professional Level Certification. 3DL is a fantastic place to work with real potential for career growth and flexible working arrangements like I have not seen anywhere else. 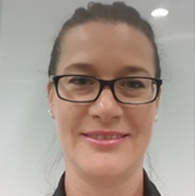 Before devoting to fulltime work to 3DL, Toni has spent the past 18 years of her working life within the Insurance Industry. Her previous roles have enabled her to develop and refine her Firstline Leadership skills. She will be focused on planning, organisation and managing workflow at 3DL. She is passionate about Firstline Leadership and is extremely excited about 3DL's future and the opportunities 3DL will bring for its staff and their customers. 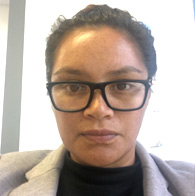 Entering into my 17th year in trade & logistics covering many avenues of the industry, I pride myself on undertaking every challenge head on and getting the job done working towards KPI's and company policies & procedures.

Before undertaking the Diploma in Customs Broking, I previously covered other fields such as working for the importer, bonded warehouse, cartage company, freight forwarding and the like.

With this vast experience and background in the industry it gives me a greater understanding of what the customer requires and where the end game needs to be. The industry does not allow for mistakes and every step is time critical, so working towards best outcome is always at the forefront, everyone is important, and every outcome requires the same attention to detail as the last and the next.

Some of the duties I have covered in the past but not limited to are: 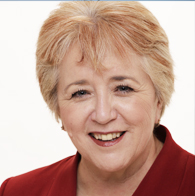 I am a high achieving Senior Executive with leadership expertise covering all facets of our industry, including operations, business development, account management and administration.

A professional and personable business leadership style with a focus on corporate compliance and a proven track record of achievement in both multinational and smaller business environments, focusing on business growth and employee and client satisfaction.

I have a proven track record in advising on customs duty minimisation, compliance, logistics & international trade

My areas of expertise include: 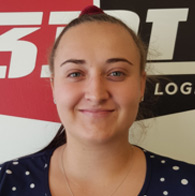 New to the industry, after leaving School I have worked in retail customer service roles, now at 3DL and undertaking Diploma study to become a Licensed Customs Broker Looking forward to seeing where it takes me. 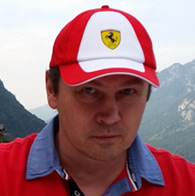 Started as a broker in a small company, worked his way up to a manager and ultimately a consultant in a large multinational. Holds a Masters in International Customs Law awarded by the University of Canberra.

I am a high achieving Senior Executive with leadership expertise covering all facets of our industry, including operations, business development, account management and administration.

A professional and personable business leadership style with a focus on corporate compliance and a proven track record of achievement in both multinational and smaller business environments, focusing on business growth and employee and client satisfaction.

I have a proven track record in advising on customs duty minimisation, compliance, logistics & international trade

My areas of expertise include: